At a time when honesty and integrity were as gone as the dodo in politics, Rick demonstrated both. And he and his band of Never Trumpers fought mightily to remind Americans what it actually means to be a conservative. (Hint: It doesn’t mean being a conspiracy-theory-bellowing liar hellbent on fomenting outrage and inflaming the misguided aggrievement of what Trump would call “the poorly educated.”)

He has written a book, a searingly honest, bitingly funny, comprehensive answer to the question we find ourselves asking most mornings: “What the hell is going on?”

“Everything Trump Touches Dies” — which goes on sale Tuesday — is a fascinating, fierce and fearless exposition of the political mess America finds itself in today.

It’s a reminder that, for the wide majority of us who aren’t too far gone, ideological disagreement should never be grounds for hatred. And love of country should rule the day.

Veteran GOP political strategist Wilson, who for decades was a top Republican attack dog and was the guy the party relied on to craft its message and strategy, offers a scathing, profane, unflinching, and laugh-out-loud funny rebuke of Donald Trump and his presidency.

With the insight of an insider turned outsider in his own party, Wilson goes after every manifestation of Trumpism: the overt racism, especially the message surrounding “the Wall” (which Wilson dubs “Douche- henge”); Breitbart, Fox News, and the “diseased slurry of fake news, post-truth Trumpism, and Russkie agitprop” in the conservative media; the logic-defying embrace by Evangelical Christians of Trump (“a walking, talking, porn-star-screwing offense to their every belief”); and of course Trump’s ego-driven, “clownish” leadership. “Donald Trump is like a monster from the laboratory of a jackass mad scientist, built to represent the perfect antithesis of Washington’s example,” Wilson writes.

Beyond the barbs, Wilson delivers an urgent message to traditional conservatives: take back the Republican party before it’s too late. “The old, abandoned face of politics that emphasized smarts, seriousness, and stature needs a comeback over the Trumpian politics-as-professional-wrestling model,” he writes. Trump supporters may dismiss Wilson’s vitriol as the cathartic screed of a “Never Trump” Republican dinosaur, but those who share his views will find this rewarding. 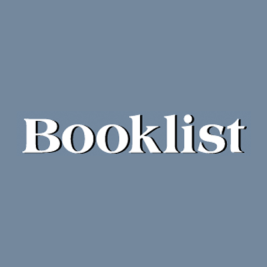 Hear the sizzle? That’s the sound of Wilson, Republican strategist and now Never-Trumper, burning the president, his family, cabinet, and GOP stalwarts. He also has some words for Democrats, but his focus is on those who enable “the avatar of our worst instincts and darkest desires.”

The rhetoric (and insights) heightens as the text progresses. Wilson admits to years of stoking fires of political discontent, but even he was shocked by how “a celebrity con-man vomiting out Steven Bannon’s spittle-flecked nationalist message” captured the Republican nomination. So Wilson has turned his considerable talents to making the anti-Trump case across media and, now, in this audacious book that names names. Each of the Trump all-stars gets his or her own page or two of skewering. The disclosures aren’t pretty, but the writing is very amusing and most revealing. Wilson also explains how and why the GOP became supine, abandoning principles it had stood behind for decades (deficit reduction, anyone?), as well as outlining what to expect next for both party and country.

This differs from many Trump books in that Wilson knows where the bodies are buried. Have shovel, will exhume. Expect howls of Republican rage and Democratic delight 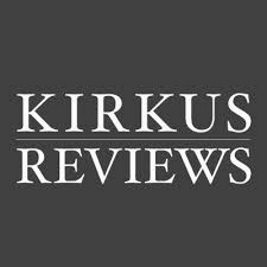 While many commentators are intimidated by forum trolls, hate mail, and death threats, veteran Republican political strategist and adman Wilson seems to thrive on them. Best known for his controversial 2008 political ad that smeared Barack Obama for his association with his pastor, the Rev. Jeremiah Wright, the author now wields an axe dripping with his own party’s blood. “The disease of Trumpism,” he writes, “has consumed the Republican Party and put the entire conservative movement at risk. It has been hijacked by a bellowing, statist billionaire with poor impulse control and a profoundly superficial understanding of the world.” From Trump’s most vociferous foes to his most loyal lapdogs, everyone is responsible for “President Strangelove.”

Refreshingly, Wilson calls the players out, listing the specific complicities of each. From Reince Priebus to Mike Pence (with his “personality of a basket of wet laundry”), Tomi Lahren (“an utterly spoiled little trashfire of a human being, and thus a perfect exemplar of Trump’s media enablers”), Steve Bannon, Paul Ryan, Ted Cruz, Chris Christie, evangelicals, and “Trumpbart,” none escape the whip. From the help of hardcore cheerleaders to the acquiescence of reluctant enablers, and through a complicated knot of self-delusion, personal Faustian deals, and Russian aid, con man “Donald Trump, the avatar of our worst instincts and darkest desires as a nation, now sits in the Oval Office.”

While offering no apology for what some consider his traitorous activity against the party he loves, Wilson spells out the Never Trump movement’s underlying higher purpose: “We reject an all-powerful state, whether it’s in the hands of a leftist technocrat or a bright-orange alt-right-curious neofascist.” Throughout, the author reiterates his allegiance and mission to restore limited government conservatism, which he believes is still the driving force and true spirit of the GOP.

Wilson’s insider take is hilarious, smartly written, and usually spot-on. Somebody had to do it.